Thank you to our sponsors!

AIA West Virginia and AIA Virginia have made a joint calendar to offer to all members from the various components any CEU’s and events offered. You can see that calendar here.

AIA West Virginia stands at the ready to serve as a resource to our members. As the architecture community — and the global community at large — move through this uncharted territory, please let us know how we can help.

The AIA has compiled the resources below to help members and firms navigate the rapidly evolving global pandemic. As new resources become available, the list will grow. Is there a resource we should add? Let us know.

The 2020 Construction and Design EXPO is on March 25 and 26.  We have a great lineup of continuing education seminars including a half day Sketch-up workshop with Michael Born.  Register Here! 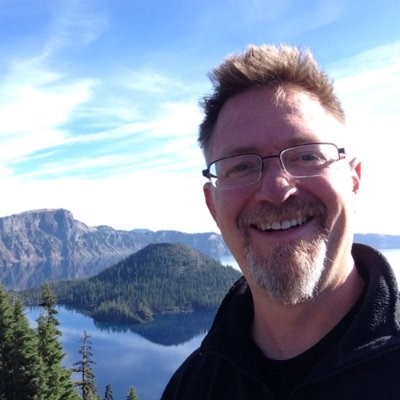 Want to get better at SketchUp? In this workshop you’ll learn tips and techniques from an expert that will help you use SketchUp more efficiently, and make it more fun in the process.

AIA West Virginia would like to thank the sponsors of the 2019 Excellence in Architecture Sponsors. Corporate sponsorships are a critical element of this event. Thanks to important sponsors like you, the proceeds of ticket sales can go entirely to the West Virginia Foundation for Architecture’s Scholarship Fund, which supports West Virginia’s brightest young students who have chosen to pursue a career in architecture. This year in addition to the ticket sales, our inaugural People’s Choice Award votes garnered $6,740 toward the Scholarship Fund.

We thank the following sponsors: 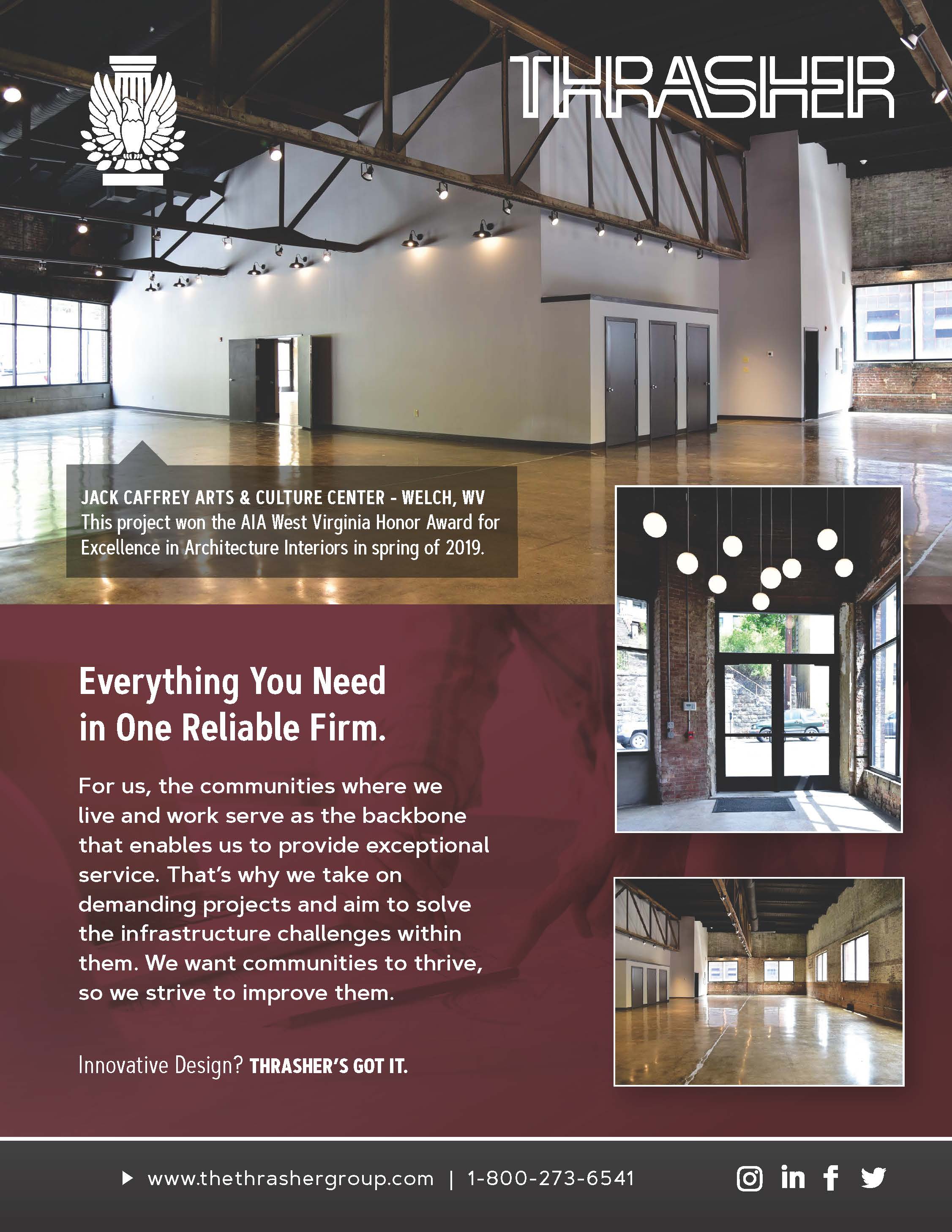 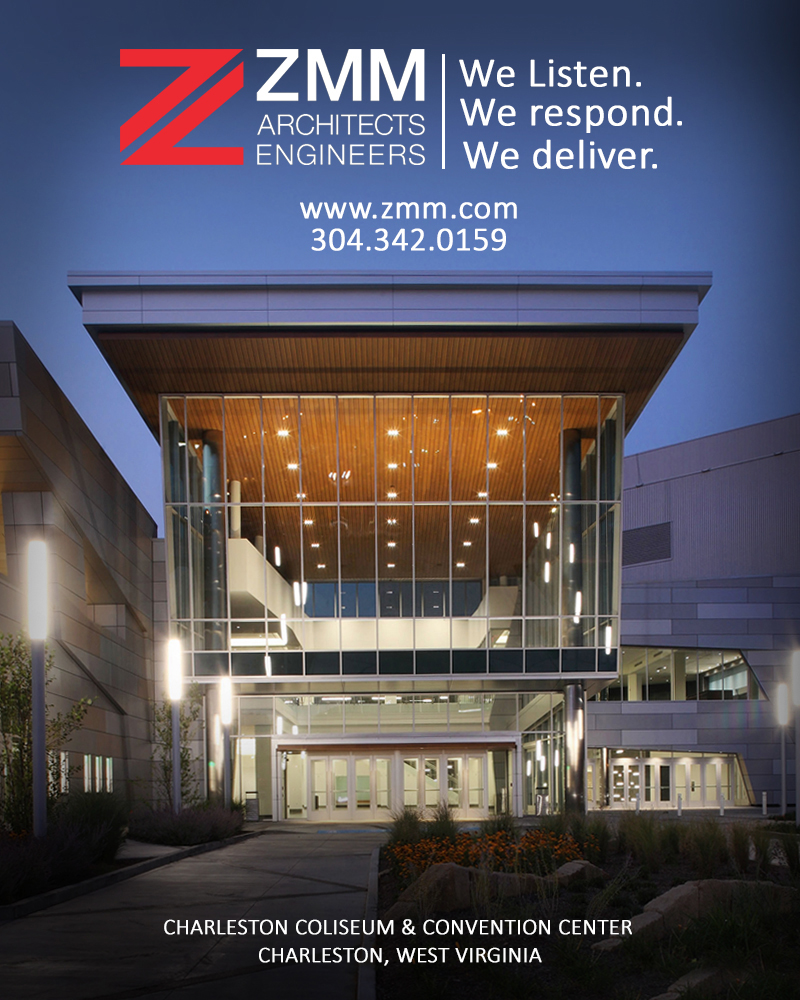 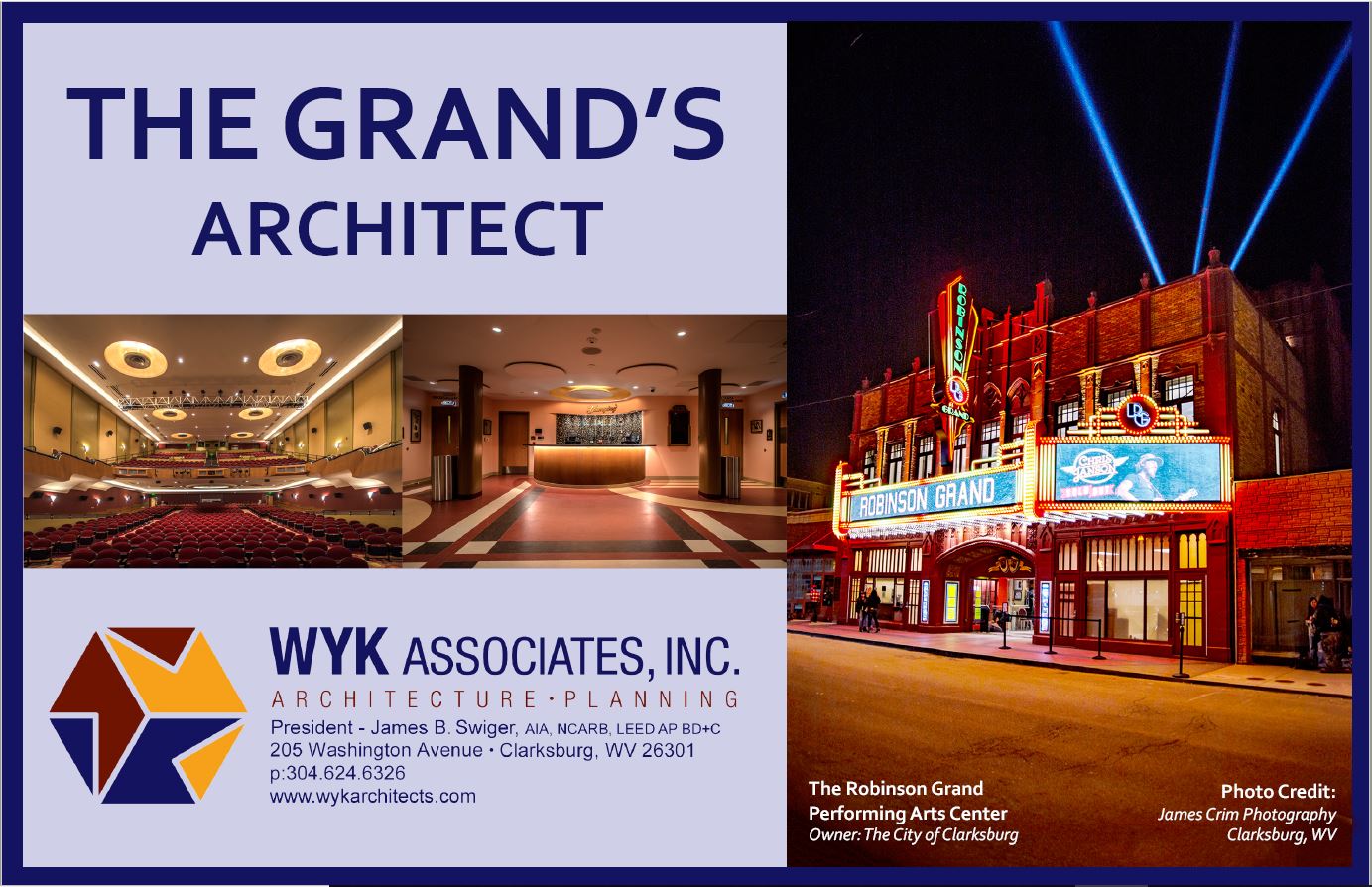 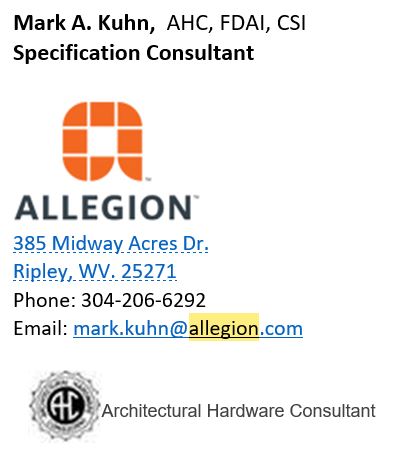 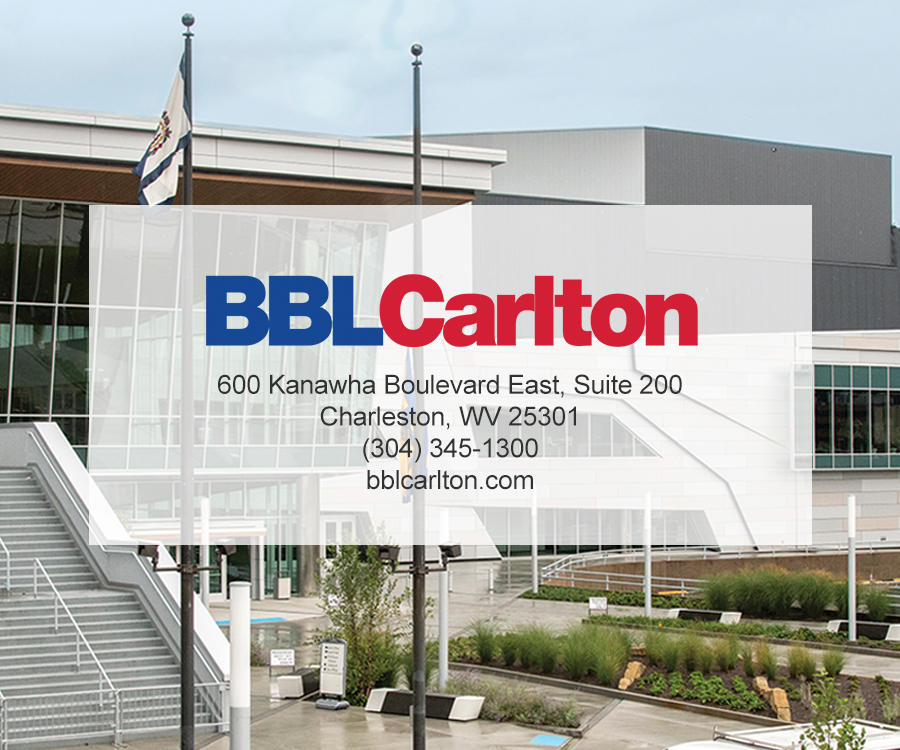 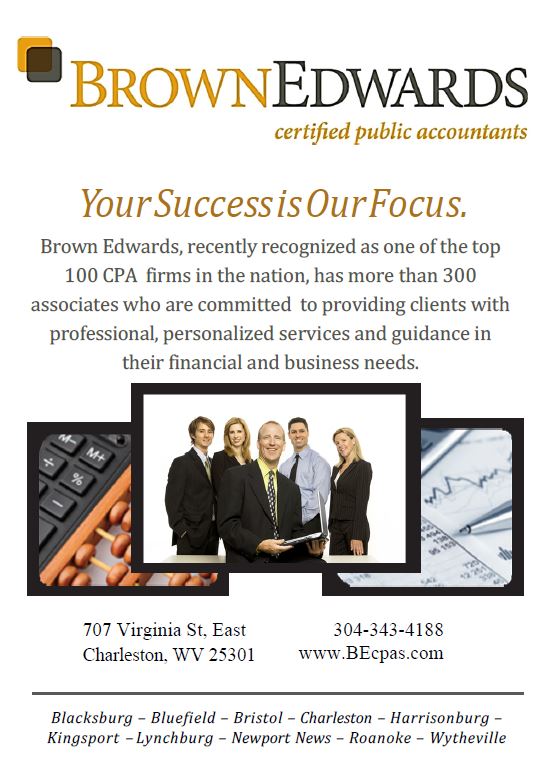 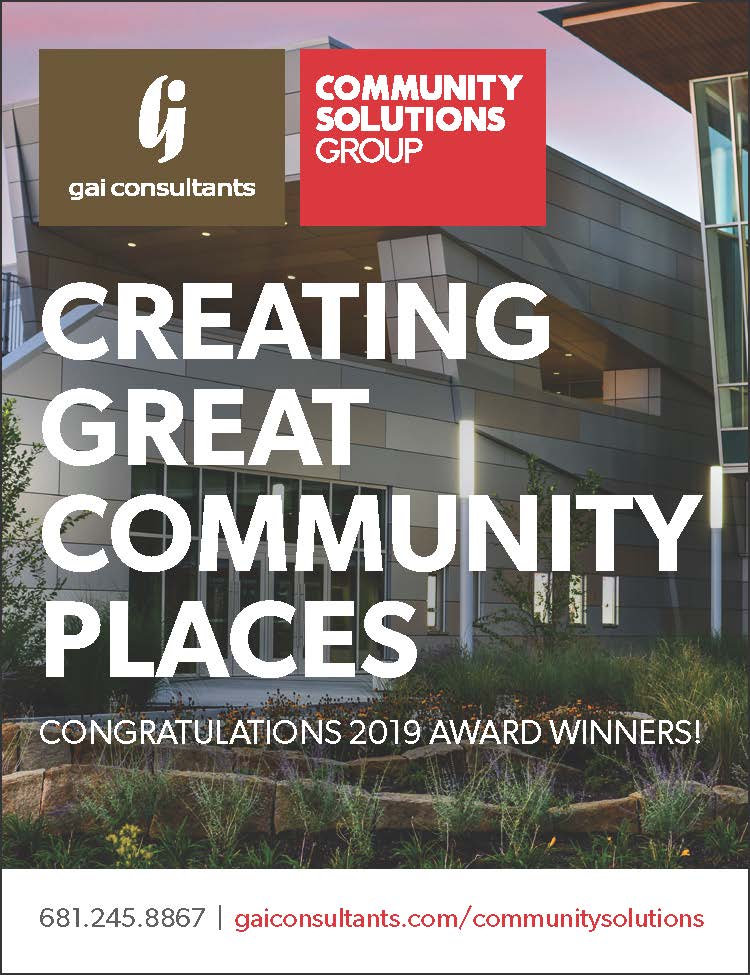 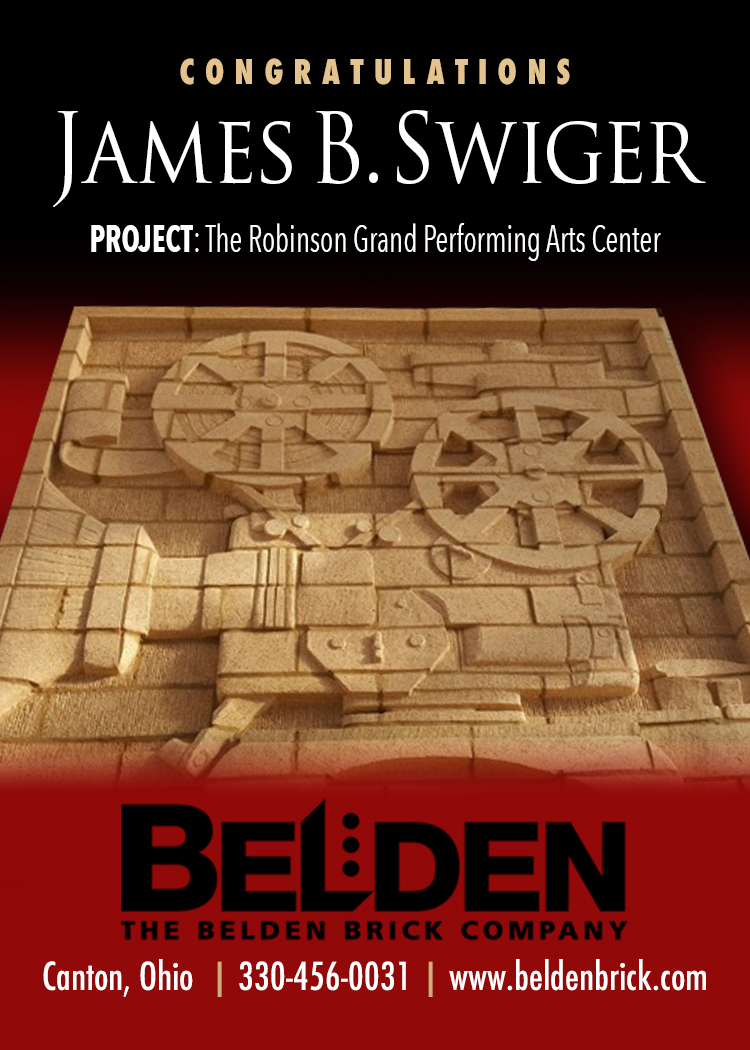 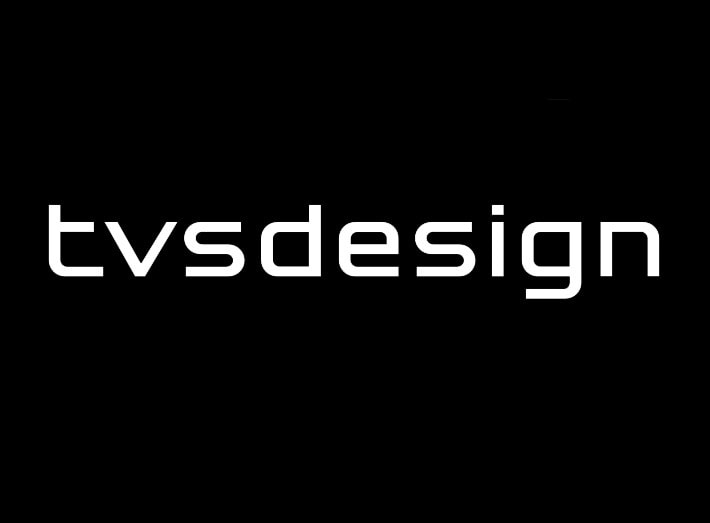 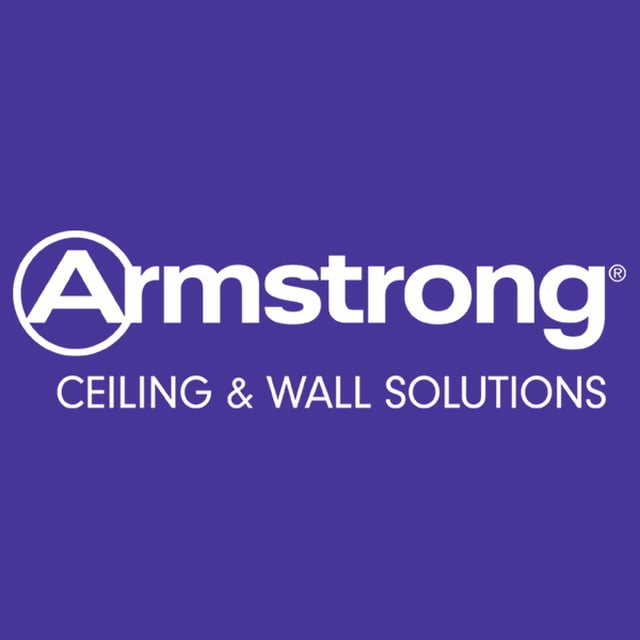 The West Virginia Chapter of the American Institute of Architects – AIA West Virginia – has announced the winners of the AIA’s top design awards for 2019.
Twenty-three project submissions and two submissions for craftsmanship from the Chapter were reviewed by a five-person jury headed by Xavier Vendrell, principal of Xavier Vendrell Studios in Chicago and Barcelona. He is currently a professor at the Rural Studio at Auburn University.
Four Honor Awards, four Merit Awards, three Citation Awards and one Craftsmanship Award were selected. The announcements were made during the 2019 AIA West Virginia Design Awards Gala and Scholarship Benefit, held Saturday evening, May 11, at the Charleston Coliseum and Convention Center.

Here are the winners!

Read about the jurors.

Thank you to our Sponsors!

“This event is a celebration of architecture in West Virginia,” said Adam Krason, President of AIA West Virginia. “It’s a wonderful opportunity for our members to celebrate their successes with their clients, and for the chapter as a whole to celebrate design. Having Xavier Vendrell from Auburn University’s Rural Studio participate by leading our jury this year serves as a great reminder of the positive work that our profession can do to help address important issues, such as affordable housing, equity, and sustainability. ”
Proceeds from ticket sales and the People’s Choice Award votes for the evening go toward the AIA West Virginia Scholarship program, which benefits West Virginia native students working toward a degree in architecture.

Read about the 2019 Scholarship winners here! 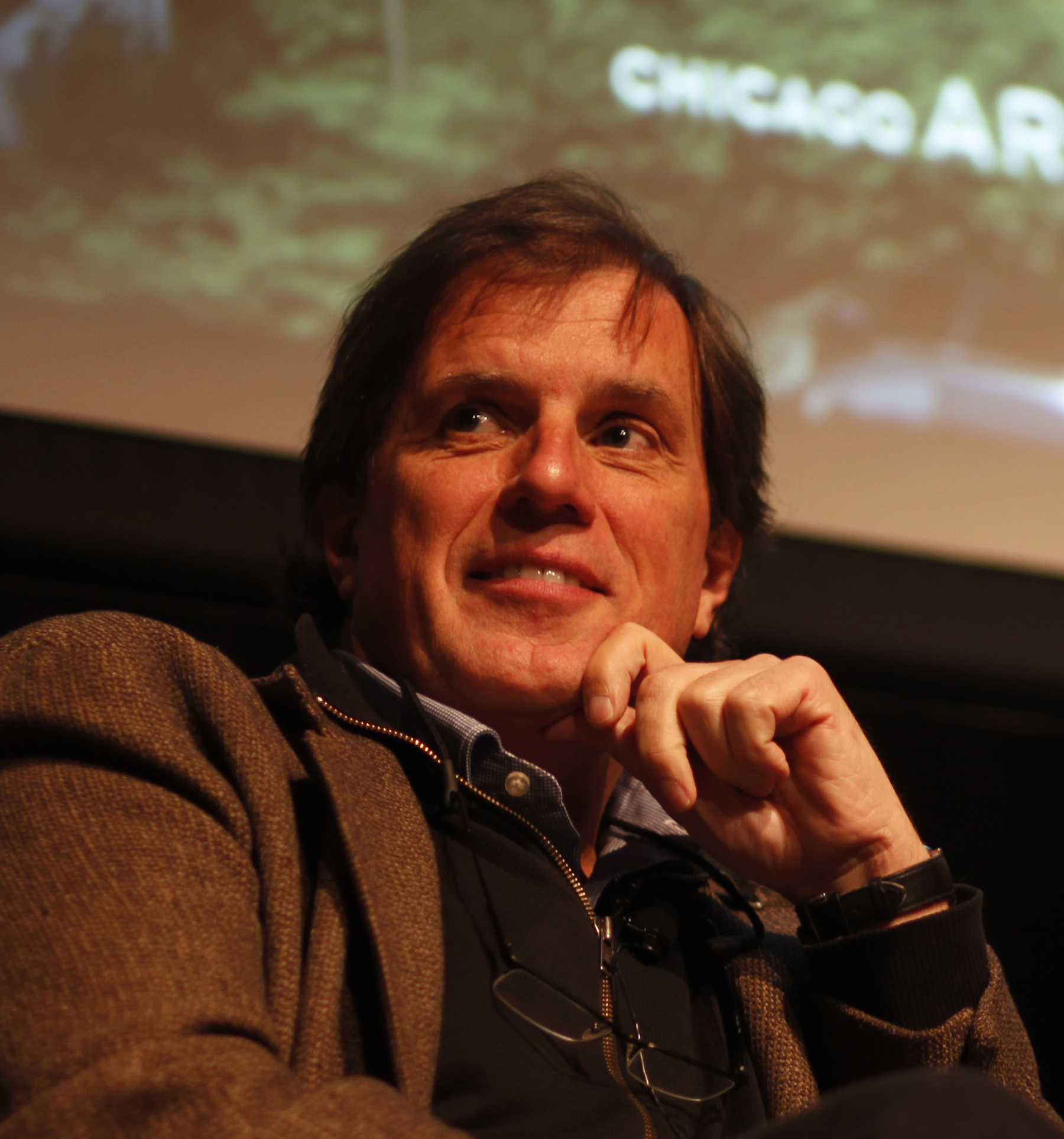 Xavier Vendrell studied architecture in his native city of Barcelona, where he has been practicing architecture since 1983. His work embraces a range of scales from landscape architecture, urban design, public buildings, housing and interior design.

In 1988, his office won the competition for the Poblenou Park in the Olympic Village of Barcelona. His office was involved in several other projects for the Barcelona 1992 Olympic Games.

Xavier Vendrell won the FAD Award in 1997 for the Riumar School. He has taught at the Barcelona School of Architecture (1990-1998). He was co-founder, in 1986, of A30 Edicions d’Architectura and he has written numerous articles for Spanish journals.

He founded in 1999 Xavier Vendrell Studio Chicago/Barcelona, a collaborative practice of architecture, landscape and design. His works and projects have been published in magazines and books, and presented in several exhibitions internationally and received numerous awards including several AIA awards from the AIA Chicago.

Mary English is a licensed practicing architect and an Assistant Professor at Auburn University’s School of Architecture, Planning and Landscape Architecture. English’s research and creative work is focused on material systems and architecture pedagogy.

In 2015, Chris-Annmarie Spencer received the AIA Chicago Dubin Family Young Architect Award, and in 2017 she was honored with the AIA National Young Architect Award. Most recently, Chris-Ann was among 40 accomplished and diverse individuals nominated as a 2019 Leadership Greater Chicago Fellow, joining a legacy of building and strengthening the pipeline of civic leaders who will inﬂuence the future of Chicago. 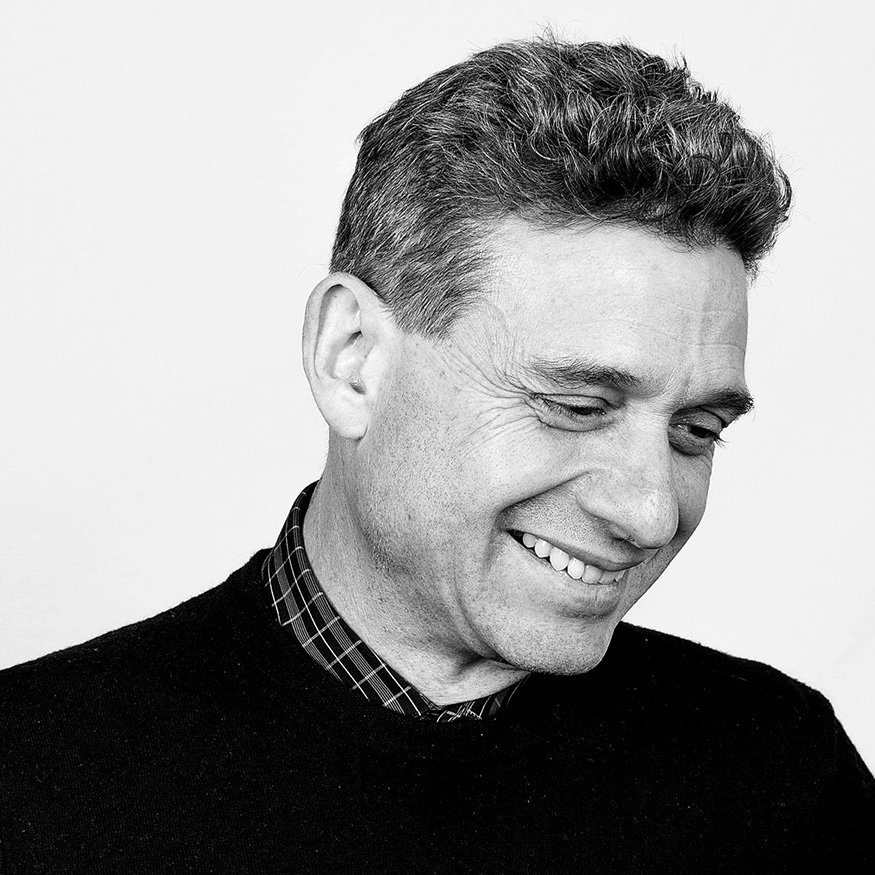 Enrique Suarez is a leader of HED (Harley Ellis Devereaux) and one of its design leaders. A Principal of the firm, Enrique has dedicated his skills to serving a diverse array of Client, leading teams across the practice to advance thought leadership in architecture with a diversity of project types including workplace, retail, education, and mixed-use. As a designer, he has dedicated his energy to the notion that architectural concepts that carry the soul and essence of project design. Enrique has won over 20 design awards in his tenure with the HED, and currently serves as its Marketing Leader.

Thank you to our generous sponsors!  See the list here. 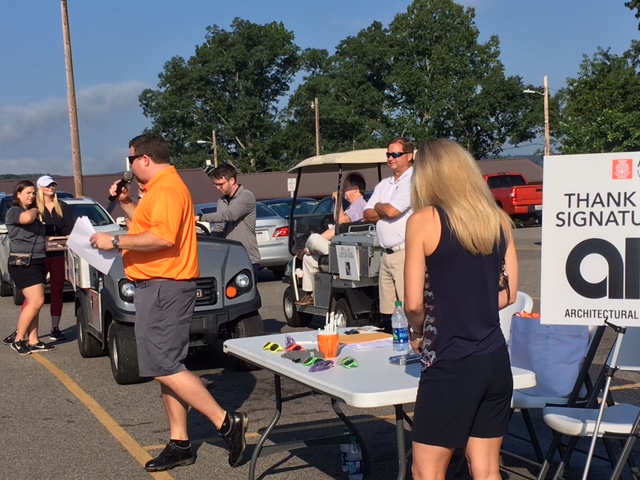 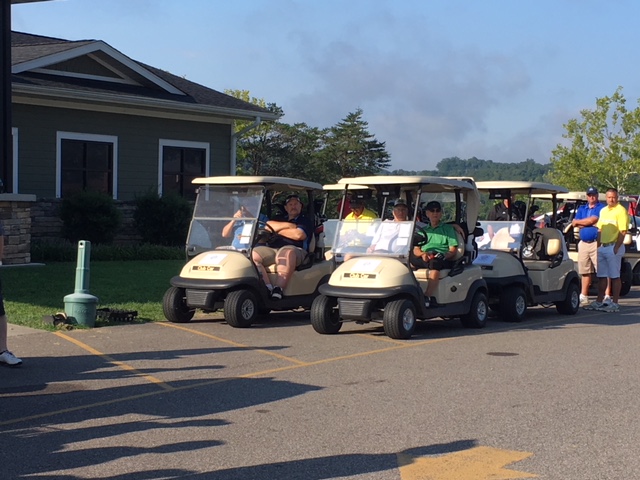 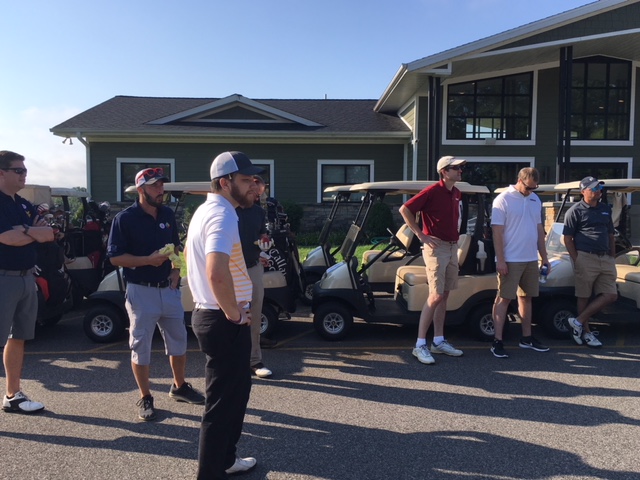 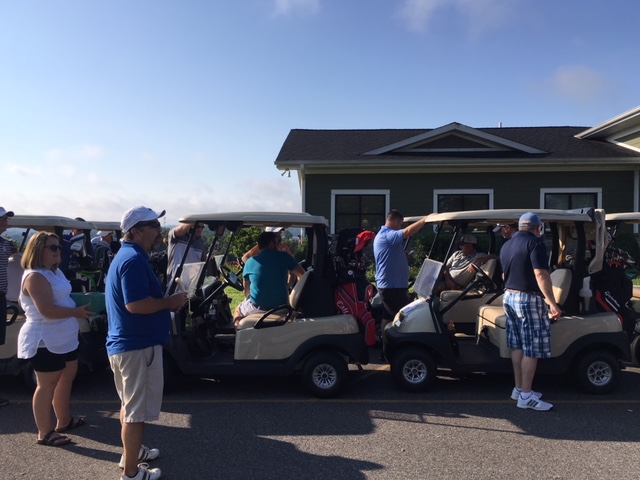 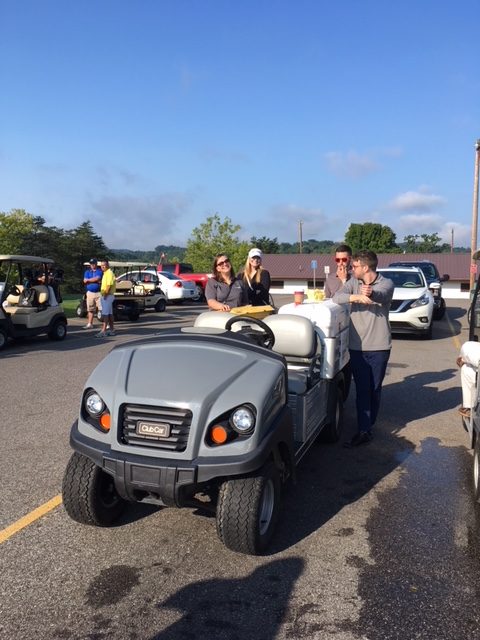 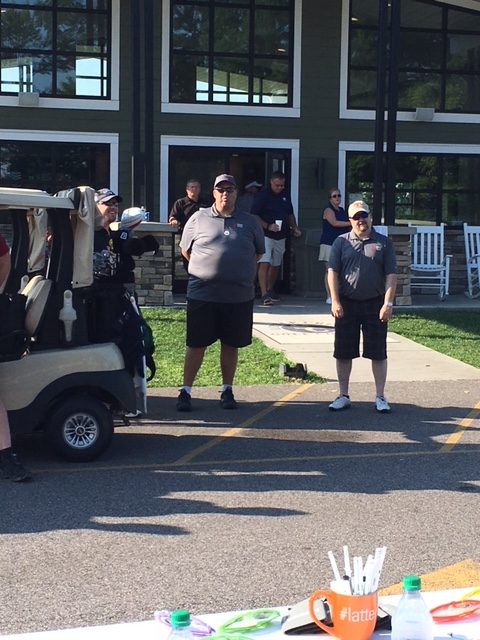 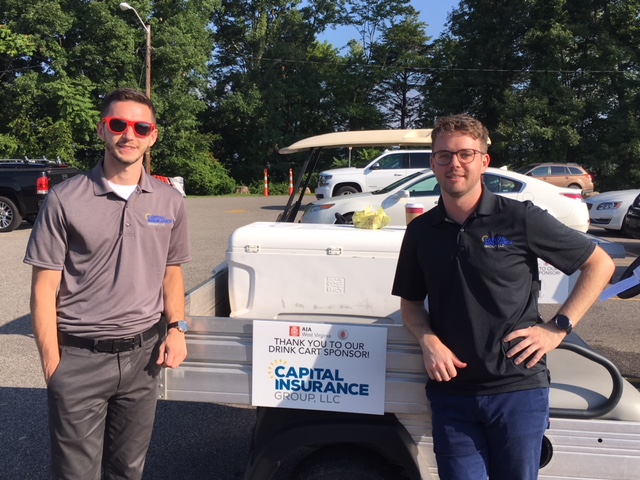 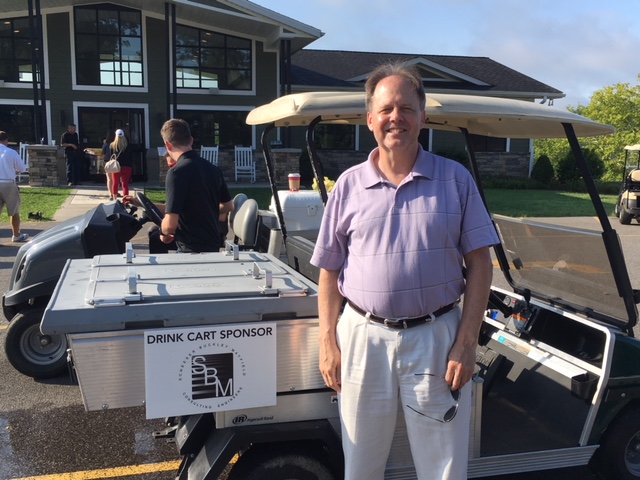 Join AIA West Virginia for ArchiTALK with Russ Young as he shows Charleston’s architecture and talks about the life and buildings of architect Rus Warne.

This event is during the “Go to Hale” Festivall event and is open to the public.